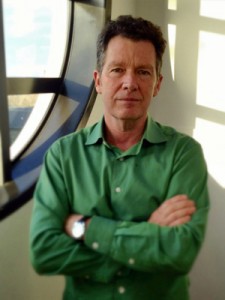 Mark is one of New Zealand’s leading factual filmmakers. Over the last 23 years Mark has Directed and more recently Produced & Executively Produced more than 100 hours of documentary. The majority of this has screened on prime-time television in New Zealand, Australia the United States, the UK and Europe.

Highlights of his recent work include: Executive Producer Dark Tourist  8 x 40 mins for Netflix – the first Netflix Original series commissioned out of NZ, 3 x 1-hour documentaries called Why Are We Fat?,  Predict My Future, four one-hour documentaries about the 1,000 most studied people in the world which won a silver medal at the New York Film & TV Awards and has already sold to over 60 countries, The Hard Stuff – six one-hour documentaries about contemporary social issues that defied conventional TV wisdom and rated its socks off, an irreverent six part series with psychologist Nigel Latta called The Politically Incorrect Parenting Show;  Why We Buy, a popular science series on the science & psychology of shopping, and the offbeat & award winning series on statistics called Hidden in the Numbers.

Earlier work include; My Fathers War in Italy which won a Qantas Award for Best Documentary, Kiwi Flatmates.com a shamelessly popular documentary (67% audience share) about a Big Brother experiment that goes horribly wrong, Memories – a film on Recovered Memory that won a Bravo Media Prize, all three series of Epitaph the award winning historical re-enactment show; and numerous others on subjects as diverse as the scientific search for the first New Zealanders to the working lives of Burglars & Car Thieves.

Mark is the principal of Razor Films. He is on the National Executive of the NZ Screen Directors Guild and is a member of the jury selection committee for the NZ Film & Television Awards.