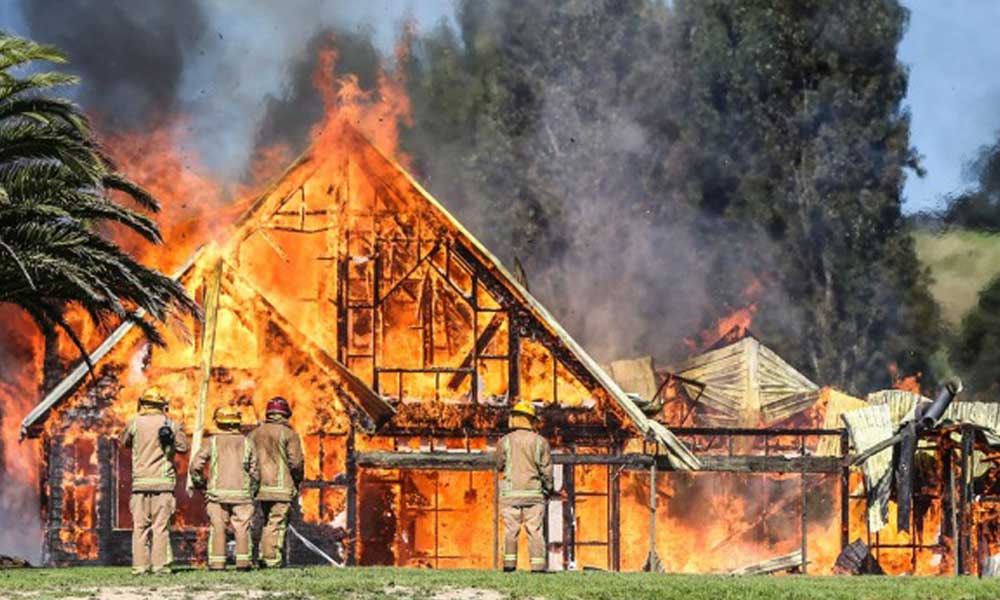 Burn! – one hour documentary for TV3 New Zealand’s Inside New Zealand series and Sky TV’s Documentary Channel.
In this documentary we demonstrate the speed & ferocity of modern house fires by placing small remote cameras throughout a house and then set fire to it. In the end we burnt two houses to the ground, but the result is graphically chilling, and makes for compulsive viewing. Dame Margaret Bazley, head of the Fire Service, called the resulting programme the best documentary she had ever seen.